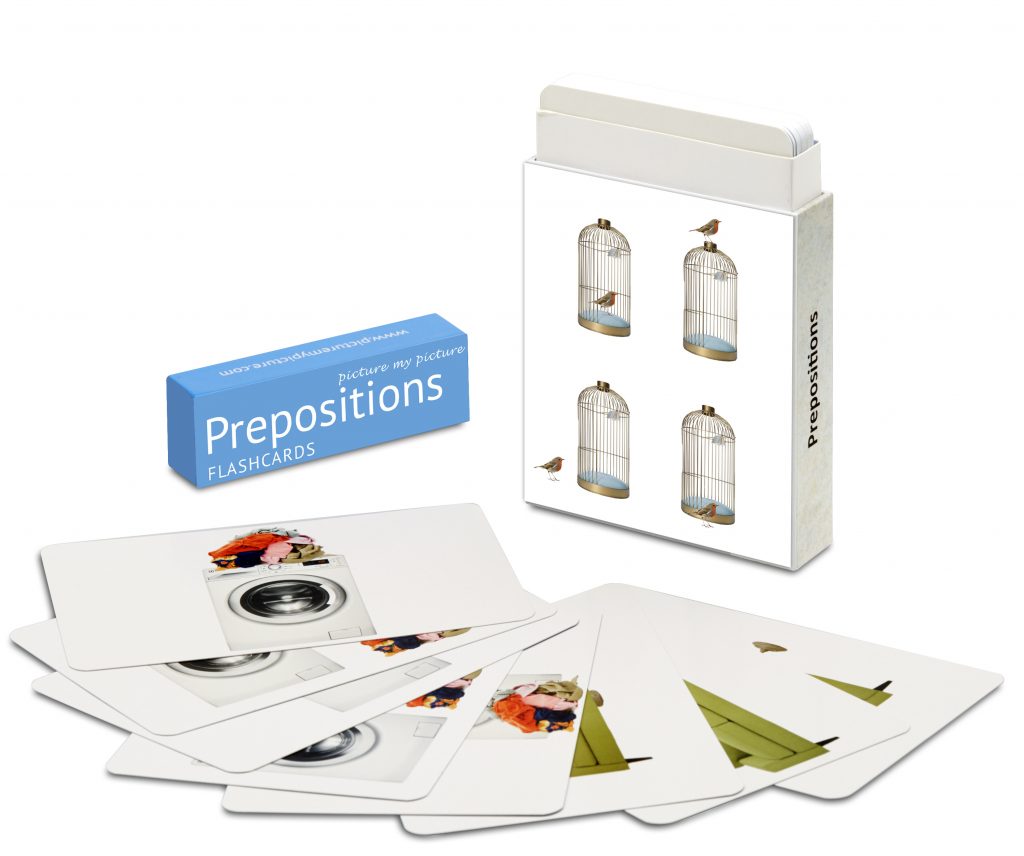 Prepositions are very important to the meaning of a sentence. A misused preposition can make a clearly stated sentence a confusing jumble of words. They are difficult to learn because of the sheer number of them in the English language and their capacity to have many meanings.

7 spatial concepts:
in front
next to
on top
between
inside
behind
under

Each set comes with a step by step activities guide, suitable for early through to more advanced learners. Includes:

Purchase Prepositions separately or as part of a larger language pack.

Colorful, sturdy cards with illustrations that are not overly twee. Perfect for older pupils.

These cards have really helped my 4-year-old son. The images are nice and the size is good. Would recommend.

Why is it important to have an understanding of prepositions?

The proper use of positional language (or prepositions), such as in front, behind, on top and under, is vital for developing a student’s literacy and numeracy skills. Prepositions tell us where something is in space and are crucial for both understanding and conveying instructions.

Who struggles with learning prepositions?

Students for learning English as a second language may find the concept of prepositions difficult. So too may those with autism or a learning disability, because of the abstract nature of spatial reasoning. Young children will often confuse certain prepositions, such as on and in, which tends to resolve over time and with the appropriate type of educational support.

How are these prepositions cards unique?

The set consists of eight scenes. For example, one scene is of a microwave, a mug and a kettle. There are five cards dedicated to this scene. On each of these cards, the mug is in a unique position – it’s in front, inside, on top, next to and between the microwave and the kettle. When these cards are placed next to each other, it’s easy for the teacher to explain each of the prepositions because the only item which has moved is the mug.

Why are the cards set against a white background?

The purpose of the white background is to remove distracting or confusing elements. It encourages the student to focus on the preposition (or spatial positioning) of the main object.